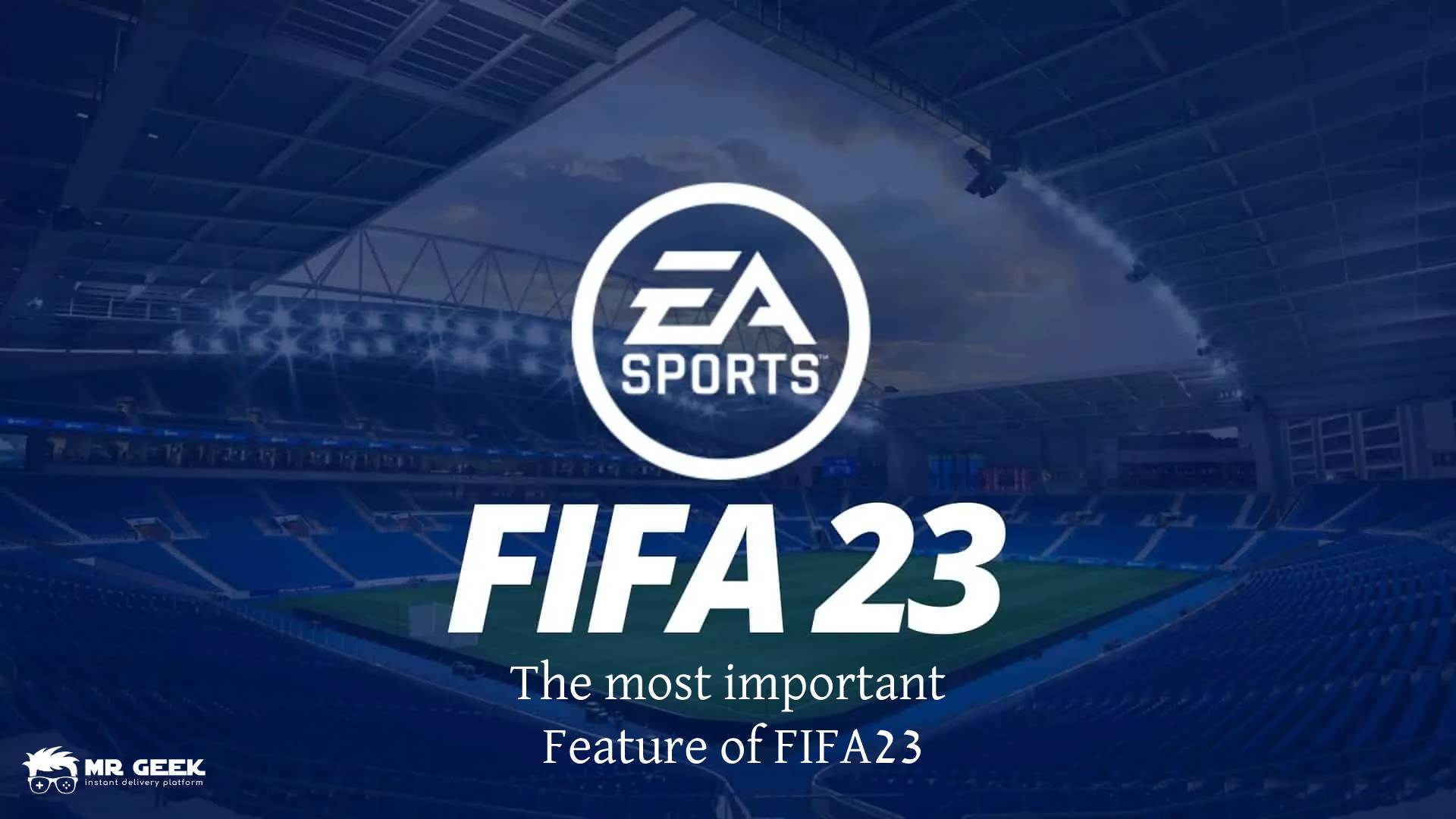 THE MOST IMPORTANT FEATURE OF FIFA23

Now that the official FIFA23 trailer has been released on July 20th and the players have been revealed on the cover of FIFA23 and almost everything, we need to know about the game is available, let's take a look at the various features of FIFA23.

As we all know, and since several months ago, one of the hottest news related to the FIFA game is the change of the name of the game from the next series following the end of the cooperation of Electronic Arts with the World Football Organization. Andrew Wilson, CEO of Electronic Arts stated that the only intellectual and financial value that Electronic Arts received from the naming license in years other than the World Cup was a word on the box of the game! The game FIFA23 will be the last version of this series known as FIFA, after which the EA Sports FC brand will start working. FIFA23 will be released on September 30 and game will be available on PS5, PS4, Xbox Series, Xbox One, PC console.

"At FIFA, we are committed to creating a fair experience and helping the growth of women's football," explains Mathieu LaFreniere, producer of the soccer game series. you could have played as women's national teams in the previous version of the game, but bringing the play to the club level is something that happened for the first time in FIFA22. According to the published photo, for the third year in a row, the photo of Kylian Mbappe, the superstar of Paris Saint-Germain and the French national team, will be on the main cover of the game, while the photo of Sam Kerr, the player of the Australian women's national team and the Chelsea national team, will be on the cover of Ultimate Team Edition. FIFA23 is with Mbappe. Since women's football has been included in the FIFA game, this is the first time that the photo of a female soccer player is placed on the cover.

In the new FIFA series, various game stadiums have been added and include Spotify Camp Nou (FC Barcelona), Allianz Arena (FC Bayern), Allianz Stadium (Juventus), Stadio Olimpico (Rome / Lazio) and also City Ground Stadium (Nottingham Forest). and they are new stadiums that will be present in the FIFA23 game. It doesn't matter what the stadium environment is like, the important thing is that the players can communicate better with the new environment. We hope that the space of the new stadiums intended for the game will be designed in such a way that the players will feel more comfortable than the previous stadiums.

In FIFA 23, the motion capture system technology called HyperMotion No. 2 has been upgraded. FIFA23 uses the advanced system of 11 against 11 players in the game. This means that the players have really fought each other by wearing special clothes. Then, by receiving information in real conditions and combining it with FIFA's artificial intelligence, a special algorithm is created so that the players in the game react better to their surroundings. With the addition of the new game system, FIFA23 is visually and mechanically much better than the previous titles. Also, the reaction of the players when the ball hits them has improved a lot and has become more realistic.

In the new game series, the techniques of each player are completely different from each other, and the animation of the women's section has also been completely redesigned. For this reason, they are more natural than before. Even with these two new technologies, the movements of left-footed people are completely different from those of right-footed people. That's why FIFA23 is more realistic than ever. One of the most important features of FIFA23 is that no two football games will ever be the same. For this reason, fixed strategy will not work in this game.

Various functions are not as simple as before and only by pressing one click, for example, shooting is not so easy like before by pressing one button. rather, users must shoot their ball carefully and calculatedly. If users do this carefully, they can be very effective. Also, new animations have made defending more enjoyable than ever. Now you can perform movements that were not possible in the past. With this, your movements in the game are extremely real and you can defend better than ever.

There are still other details about the FIFA23 series that can be discussed, but here we have discussed the features that are most noticeable to everyone. I hope you have enjoyed this content. To read more blogs, refer to the link.