Lots of websites on the net are selling cheap FIFA coins and you wonder whom to trust and where to buy the most affordable Fifa coins. Your concern is valid as there are lots of complaints and negative reviews here and there of stolen coins or huge delays or no response from the websites people have given their money to. That being said, it's not reasonable to blindly trust any website that sells coins.

In other words, this checklist is your first step in identifying platforms or websites that offer cheap Fifa coins and are safe enough to work with.

EA Sports in the past few years has enforced specific means to detect unusual activities and suspend accounts that behave like bots. With that in mind, it's clear that EA cares for real players and wants to keep their game crystal clear and useful for real gamers. 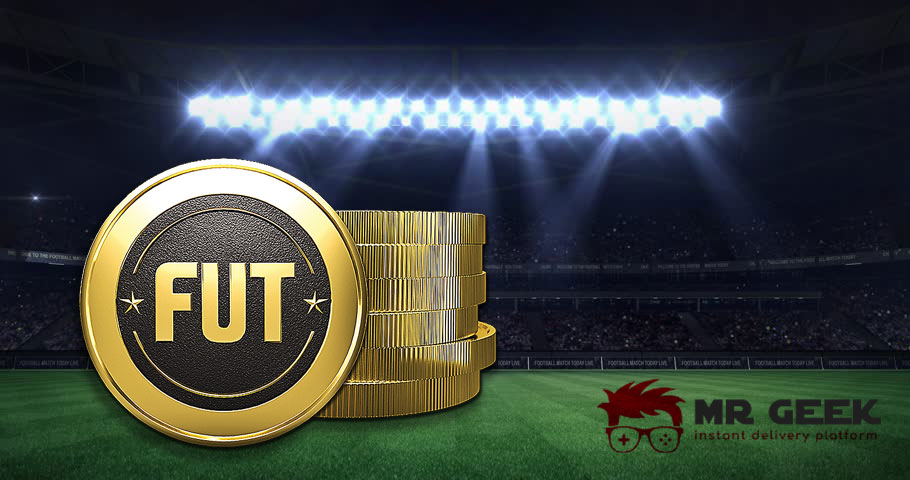 Now, when earning coins becomes a hassle, it's also natural that the players be interested in buying cheap coins. But, the rules are still put, and with abiding by them, there are "ways" that one could he hold of some cheap coins in FUT, whether it's PS4 or Xbox One or even PC, in order to buy the desired players to boost the team.

What "ways"? Well, Mr Geek has a revolutionary method, that no other website ever has, to transfer FIFA coins to your account. And we're pleased to announce that it has been working perfectly for more than 2 years now. This method is called "player auction" or "auction trade".

How to buy FIFA Coins Cheap

In the Player Auction method, the users don't need to share their accounts' log-in information with the system.

There are "packs" of football players which will be offered to the user. Let's say the user is interested in 100K FUT Coins. If the user is going to put a certain player in the transfer market, the player also has certain a start-off price and a maximum price that doesn't flag the transfer as unusual to EA's monitoring.

Now, the expertise of Mr Geek comes into play. We give you the exact price of each soccer player you so put on the transfer market for selling. Once you place the players in the market, the system will automatically buy them (after a short waiting pause, to make sure EA considers it a natural behavior), and just like that, the coins will be in your account. Lots of human interactions are evaded in this automatic platform and thus the coins your receive will be really cheap compared to other websites.

Mr Geek has 12 years of experience in online gaming. We "know" all the nuances and details about FIFA Coins transfer. With Mr Geek's automated and instant delivery system, you simply get over a lot of pitfalls and security issues that come with the process.

Both player auction and comfort trade methods at MrGeek are tax inclusive. It means you receive the exact amount of coins that you paid for and you'll give no extra tax to EA. This is something most people don't pay attention to. When you sell something on the transfer market, you will have to pay EA 5% of the trade's price. It's the rule.

However, when you buy FIFA coins from Mr Geek, the 5% is included in your payment, so we'll transfer as much as's required so you get the exact amount as you choose from the prices list. That's another signal that makes Mr Geek one of the cheapest FIFA Coins sellers in the market.

Additionally, Mr Geek offers seasonal sales prices whenever possible. Sometimes the coins are 5% or 10% off. So, there's always a chance to buy Fut coins cheaper than anywhere else in the market.