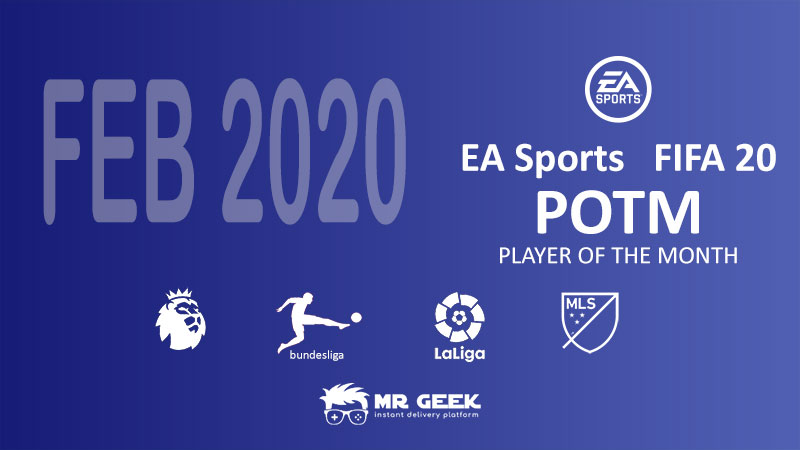 It's been a hot month so far, in February 2020 and some players performed really good in their matches in different Football leagues.

This page tries to evaluate the records and facts that has been gathered so far to come up with some predictions for FIFA's POTM for February for each league and it's being updated every week to present the most accurate and up-to-date information.

The Premier League in February hosted many exciting games so far. And yet, some of the matches are scheduled for 28th and 29th of Feb which makes it difficult to guess which player will be elected for the POTM title this month.

Arsenal's Pierre-Emerick Aubameyang has scored 3 goals so he is a good choice of POTM in February. Mohamed Salah from Liverpool has also scored the same and they have another game against Watford in Feb 29th. There's a chance that he scores again and become the winner of February POTM of Premier League. Westham's Robert Snodgrass also has performed really good with scoring two goals and assisting another two goals. I would pick Snodgrass as the POTM in Feb. Ismaila Sarr from Watford on their match with Liverpool has scored two goals. If Watford wins, there's a chance for POTM title for Sarr as well.

Other players that performed really good include:

Neymar has won the POTM in February

FIFA's Player of the Month a.k.a. POTM