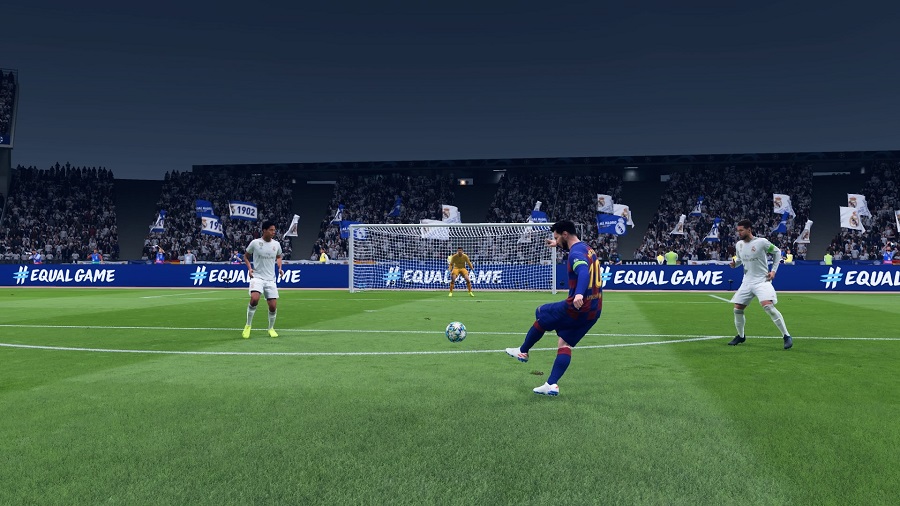 Learn which teams to pick for playing FIFA 20 to win better against your opponents. With introduction of the best players in each of those 5-star teams.

Maybe your goal is to play and win over your friends. Here we introduce you the top 10 FIFA 20 teams, each of which is 5 stars and has a distinct advantage in different ways. The scores and stars given to these teams are based on the original version of the game, regardless of the weekly live data that the teams change slightly based on their true form. In fact, this information is accurate although some changes may occur.

Barcelona pursues its goals in the real and virtual world. A team like Barcelona makes victory by messy’s hardworking, and this time acts as the best commercial team in FIFA. Famous players like Lionel Messi can boost the value of FIFA 20 teams.

By the addition of some players such as Ousmane, Dembele and Umtiti and Messi, Greizmann and Suarez in the front line some weakness such as lack of depth of the previous games have been solved. In a good game, you need some strategies; for example, you have to reduce the width of your game and exchange short passes and change the opposing players positions from their current position and push them with a sudden shock.

The Real Madrid team is remarkable in strength (90), having the best midfielder called Casemiro (87 Overall) that back up Modric and kross has been a tough and resilient team with 90% violence. With a few small tricks, you can finish the game and kick the opponent players. You can make the most of their technical capabilities by using Bale and Vinicius Jr in the right. If you are going to play El Clasico and face Barcelona, you have to have a solid and consistent line-up.

The Manchester City team is getting a lot of attention with an outline of an old and high quality FUT 20 team. They play 4- 3 - 3, and all 11 are top-tier players, so Manchester City has always had a great team depth to play. The Manchester City team is always present and qualified in the UK and you need to keep in mind the talented players on the bench and use them in your games. All teams have some flaws, and while Manchester is the best attacking line, it does work a little slower on the defensive line, but the team's strong midfield and lightning attack make the defensive line effective.

Although Piemonte Calcio, is one of the best teams in the world, but you may not have heard of it. Naff-named super-team is in fact Juventus's team, but they could no longer be certified as competitors so the team could not attend FIFA 20. The players wear different shorts but they have a wonderful unity in their game.

Calico is the best defense line player and there is more need to add more depth in the Team. Accordingly, you can set and change the player lists based on your desire.

There are several ways for the organization of the dark arts on the latest instalment of EA Sports classic Football title.

Given the poor performance of the Bayern Munich team against Borussia Dortmund in the Bundesliga, it can be argued that it is little surprise to be named as the best team. By this interpretation, Bayern is still one of the best in FIFA 20. So one should not overlook a strong and deadly striker such as Robert Lewandowski (89 Overall) and Thomas Muller (86 Overall), as they both lead the game easily and move from 4--2-2- 2-2 to a fun and offensive game. A team with a strong midfield along FIFA 20's new smarter AI with offensive attacks are out of the question.

Liverpool may be a bit behind Manchester City's Premier League rivals this year, following its match with the City in second place after an unbelievable performance. However, Salah finally achieved what he wanted to be 90th in FIFA. By applying Salah and Mane you can experience a strong offensive line. As a strong defender, Van dijk can provide you with a defensive team. Replace Captain Henderson with Keita and use Mines and Salah on your offensive line so your team will be stronger than ever. In fact, Captain Henderson is only a well-known player, but not practical in the Liverpool.

Even with Captain Silva the defensive line is not very strong, so you have to watch out for your midfield. Neymar Jr as a skillful player and a some other solid options that you can’t fit all of them in the play even by 4-4-3 foundation. By replacing Angel di Maria as one of the weak players you with Neymar on the left and applying Draxler, Sarabia, Gueye in the midfield.

Harry Kane is the best attacker in FIFA20 with 89 scores in this game. Spurs is in the 10 top list with a 5-star rating, while other teams such as Arsenal and Manchester United are not included. However, Spurs is not very good on the pitch and players like Son and Eriksen are on the attacking side.

Dortmund is a very good and balanced team and skillful in every area like attack and defense. By having Hummels as the defender and adding hazard to cover the wings and Sancho while appling Reus in a Cam role you can experience a good play. You can experience wonderful placticity in Dortumund. If you have a 4-2-3-1 foundation to have a good attacks.4-3-3 is the better option for the attack and Sancho as a defender can cover the midfield in the good way and finally there is no need to be worry about the defense.

Although Atletico Madrid is the weakest team in the top 5, it is still one of the best in all of the games. And John Oblock is the team's best keeper. You can get a good experience of this game with the advantage of a 4-5-1 system and a Felix who has 5 stars. Atletico is an ideal team, but without John Elak it looks basically like an inanimate object.