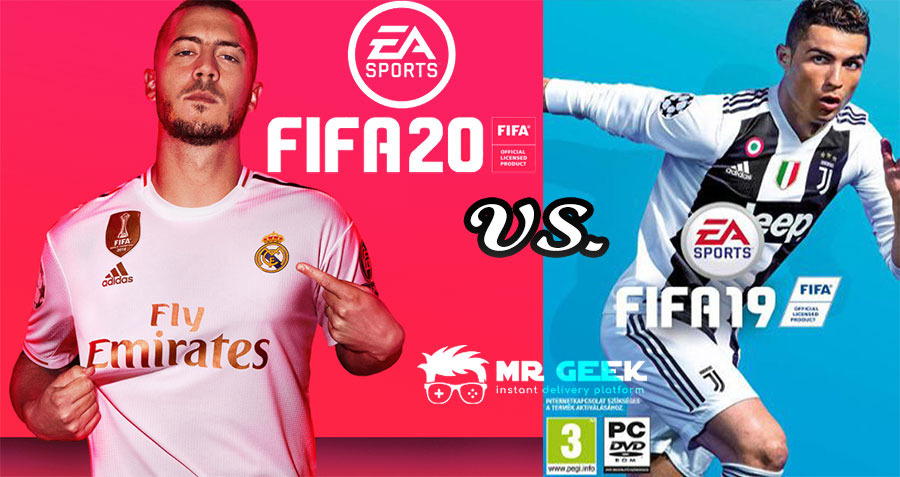 A fair comparison between FIFA20 and FIFA19 in terms of visual effects, controlling, gameplay, and a glance at PES. This review covers the usage of FUT coins as well.

In fact, many people believe that FIFA 20 has not changed much compared to FIFA 19, and if you are interested to know more this, I would personally recommend reading this review to you. It should be noted that your comments and experiences on FIFA 20 will also be valuable to us.

Anyone who enters FIFA 20 for the first time is eager to experience the street football (Volta). If I am not mistaken, it was the last time in 2012 that Electronic Arts made the street football game FIFA Street and received a tremendous welcome in its time. Apart from these, you will find nowhere else the variety of sections in Volta, the fascinating online mode and most notably the fantastic and intuitive gameplay that this section gives fans. Personally, I enjoyed it so much that I completely forgot all the technical problems and weaknesses in the gameplay. It’s worth noting that Volta is versatile in terms of playing field, technique and creativity.

It also has a story section that will keep you entertained for hours. In other words, this section is so high quality that EA could sell this game independently.

Have the mechanics changed?

One of the issues that is still relevant to the FIFA 20 game is the change in the game mechanism. Unfortunately, I have to say that FIFA 20 acts like FIFA 19 and we see very little change in the game mechanism. For example, the most serious changes to the shootout are the goalkeepers' reaction and ball physics, with these minor changes, one year after FIFA 19. Personally, I believe the game play modifications are so small that even Electronic Arts could make a change with FIFA 19.

Designing faces in FIFA19 vs. FIFA20

Despite Arte Electronics’ (EA) pledges to improve player face scanning, the design of the facades still has many drawbacks. It can be said that the PES 2020 is a few degrees better than the FIFA 20. Without a doubt, if FIFA 21 holds up and Konami and PES continue to grow, we should see FIFA fans leave the series. It has been several years that Electronic Arts promises to make faces design, but the result is something else.

Now we come to the FUT segment (FIFA ULTIMATE), which was the most important part of FIFA until last year, before Volta Mode entered, and even many believe that the high sales of FIFA 19 were due to FUT alone where the players use their FUT coins to trade players and challenge their team online. The FUT section has made good progress, and new features such as Season have been added. Despite all the minor improvements this section has made, the bugs and the lack of play Vienna cannot be overcome. Unfortunately, FIFA ULTIMATE has paid more for Pay To Win than it did last year.

Career Mode and FUT have made some progress in FIFA20

Career Mode Scratch Despite all its bugs and weaknesses, I personally believe it has improved in terms of storytelling and new features. For example, for the first time in FIFA 20 you can also build a female character, which is very interesting in its kind. Of course, the storytelling of this section is a bit of a taste and some have criticized it and some have liked it fairly, and I personally believe the storytelling has improved. Again, despite the many bugs in this section, new features has been added.

If you are a fan of the FIFA game series and have no desire for PES 2020 (it should be noted that PES 2020 has made a lot of progress compared to PES 2019), you will have no choice but to buy FIFA 20. Of course, it's unfair to overlook the relative improvement of the ultimate section , Career Mode, and especially the addition of the simple Volta section, as I said the Volta section in terms of variety and enjoyment has done well and can be introduced as a standalone FIFA 20 game. I personally enjoyed the Volta Mode experience.