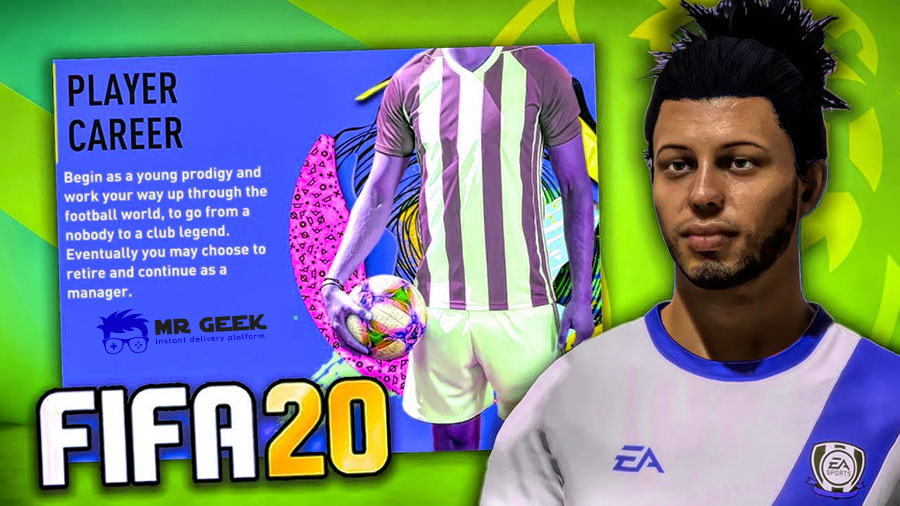 How to succeed in Career Mode Games of FIFA 20

Tutorial about playing Career Mode Games, finding quality players in the transfer market, buying enough FIFA 20 Coins and so on. This is a great article to improve your team.

The Career Mode section of FIFA 20 is fun for those players who do not have the time to pursue fantasy football in the Ultimate Team. At Career Mode, it does not matter if you start with a great team from the top or a weak team at the bottom of the table; in any case, finding quality players that fit your club budget is one of the most important things to do. These are the tasks you have as a coach to succeed in FIFA 20 Career Mode. But how should we deal with transfers? How will young teams be monitored? How do we nurture young players? These and similar questions are the subject of our training station today at MR. Geek.

With so many leagues and teams in FIFA 20, choosing the right team is a tough decision to make, but it will also be one of your most crucial decisions in the Career Mode FIFA 20. Fortunately, this section of the FIFA 20 game guide deals with this. We've explored a wide range of different teams in FIFA 20 to determine the best choices for those who want to build an empire or for players who are keen to work in difficult conditions. Below is a list of the best FIFA 20 career teams in different categories.

Paderborn is one of the best FIFA 20 Carrier Mode teams to challenge you. If you are looking for a relatively challenging experience, Paderborn is the team you are looking for. This club starts in the German Bundesliga, which is one of the five major leagues in Europe where teams like Bavaria (£ 5m), Borussia Dortmund (£ 5m) and Leipzig (£ 5m) compete for the championship. Most teams in the Bundesliga have budgets above £ 5m and some have tens of millions in their accounts. After all these clubs, we have Paderborn. The club's budget for a full season is just under £ 5m. The club has managed to reach the first level of German club football in two consecutive year. There is no other team in FIFA 20 that has made such a progress in the last two years and it drives lots of FIFA coins to the gamers' accounts. If you think you can survive in such a team, you are going to be the champion that this club desperately needs.

While it is tempting to buy the world's best players at FIFA 20 with your Fut Coins, finding young talent is also a pleasure. These players have much lower purchase prices, have new faces, and they can form your own unique team. Creating a team of unknown and extraordinarily talented players is far more enjoyable than a team made up of famous players that any user can access.

If you are looking for one of the most exciting Career Mode challenges in FIFA 20, you can go a step further and only use Academy players. If you agree with this decision, we suggest you UCD AFC from the Republic of Ireland. This selection was suggested because UCD AFC is a very good team strategy. The development factor for the academy, or Youth Developing, for the club is in Critical mode that is what you are looking for. The club's budget is lower than all the teams in FIFA 20. £ 4.50 is an amount that is almost unaffordable for your players. However, if you can afford to close a high-quality team with this budget, it looks like you are a very good player at FIFA.

Everyone enjoys a good story. Career Mode FIFA 20 has always been great at creating these stories, and there is no better story than raising a team from the bottom of a nation's soccer. The best team to meet this challenge is Macclesfield Town in the English Premier League. The club, which has been involved in the fourth and fifth divisions of English football for nearly five years, is now waiting for someone with the record to succeed. But this is not at all easy. You have to come up with a budget that is almost the least in FIFA20 and come close to the club's strict economic and academic goals.

In addition, to get to the Premier League, you have to start from the lower, three leagues. Once you reach the Premier League, your problems will begin. Now it's time to grapple with the richest clubs in the world and have to face the Pep Guardiola and Eugene clubs who have no mercy on any team. If you can bring Macclesfield Town to the highest level of football in the world, one of the toughest challenges of playing FIFA 20 is facing you

FIFA 20's efficient transfer system allows you to sit next to the player and assign everything to his program manager. When a request is received for one of your players, the blue area on the right side of the menu will tell you the appropriate price for the player. If the offer received was in this range, you can accept the offer by selecting Show Actions and then Accept Offer. If you want to sell a player of your lineup quickly, all you have to do is do it.

To buy a player, you first need to look for a player that has the acceptable abilities, qualities and is financially capable for your team. The Transfers window offers some convenient rotational suggestions. After you are satisfied with the player's technical specifications, you must select the Scout option to determine its price. When the report arrives, you can see all the technical specifications, pricing and player rights in the Transfer Hub section. From now on, you can delegate the job to your assistant. This is the most straightforward thing a player can do. You just have to set a limit for your assistant so that it doesn't cost more for the player. A few days later, you will be notified of the success or failure of the negotiations.