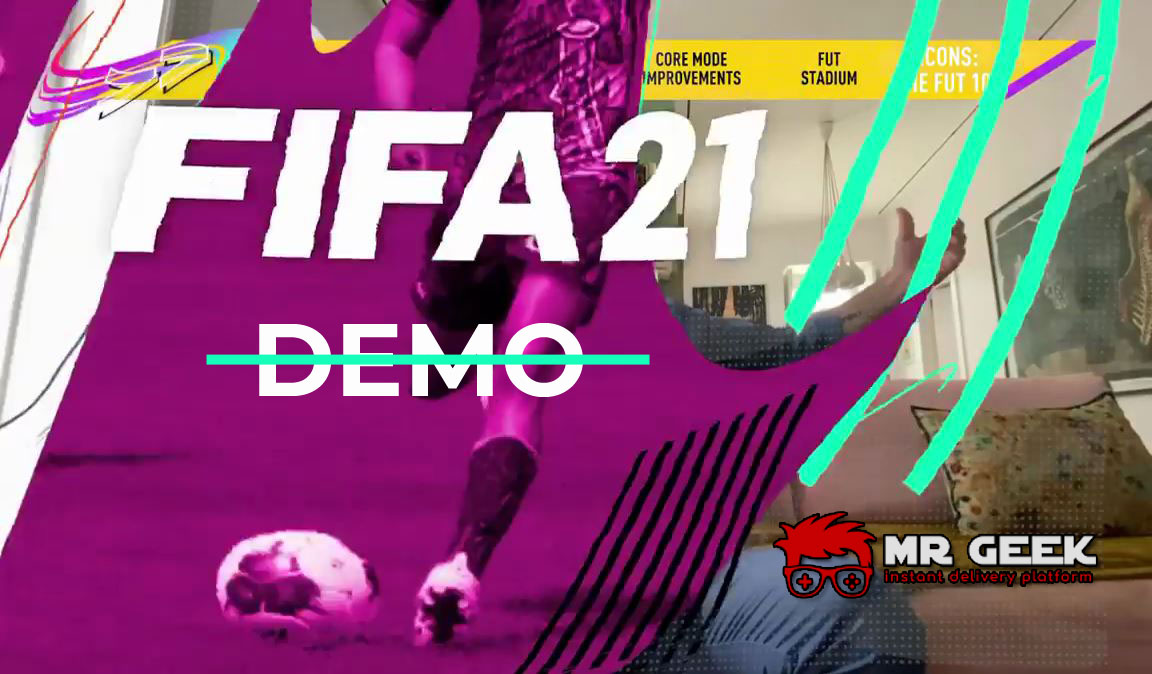 No FIFA 21 Demo for the First Time!

Read why isn't EA releasing FIFA Demo this year and what you should expect next. Latest news for FIFA 21 fans by MrGeek.

On September 21, EA announced that they're not releasing FIFA 21 Demo in a Tweet:

We aren't releasing a demo for FIFA 21.

Instead we've made the decision to focus our development team's time on delivering the best full game experience for current & next-gen consoles.

We look forward to EA PLAY members jumping in 10 days from now and launching the game Oct 9.

The Tweet as you can see explains that they want to focus on the main game's development for all generations of consoles, so the game will be ready on time, on October 9th 2020.

This is something extraordinary when you see the history of FIFA demos in the past years. Each year, EA had released a demo two weeks before launching the new version of FIFA, every year, except this year. We suspect Coronavirus has had an effect on the schedules, that's the best guess we can come up with right now.

But this is a bit disappointing to the fans, because many gamers were ready to test the game to see if it's worthy or exciting enough to buy it from Electronic Arts. Now the only way to play the game is to wait till October 9 and buy the final release of the game when it's out. Hopefully, the game will have no bugs for the consoles, especially NG consoles such as Play Station 5 and Xbox Series X. The fans want to test FIFA on next generation consoles for the first time! They hope that it'd be a great experience.

The beta version of FIFA seemed really nice and realistic as some footage of the game spun in Social Media weeks ago.

Any way, we at MrGeek also are eager for the game to come out and the players start buying FIFA 21 Coins just like previous years. We are ready to serve our customers more than ever and the platform is fully ready to sell FUT 21 coins to the eager gamers for greater players in the team and more wins. Stay tuned!