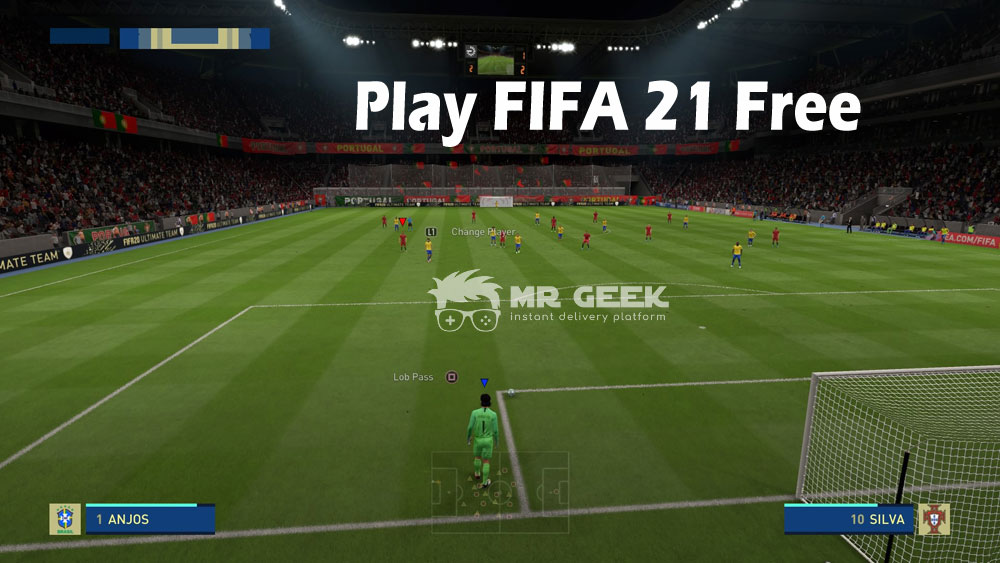 What's better than enjoy an evening with family or friends playing a video game full of excitement, like FIFA. Millions of people around the world buy the latest in FIFA series and play games online against their opponents and win a lot of FIFA coins to buy players to add to their teams.

However not everyone is fortunate enough to afford the game's CD. Many of the gamers are simply teenagers who rely on their parents to buy the game for them and if the parents have a limited budget or have better plans for their income, playing FIFA can wait for a while.

That's why we are discussing ways to play FIFA for free in this article.

How to play FIFA 21 free of charge

Every year, around September 10th a new version of FIFA is released, and two weeks before the official release, the eager players will have the opportunity to play the demo FIFA for free. This is mainly done to give a level of feedback about how playable the game is and how the users enjoy the new version. If nothing horrendously flawed isn't found in the gameplay, the official game will be released after two weeks.

So, playing the demo version of FIFA is one way to play FIFA for free. Here's the link to Free Play FIFA 20 Demo. At the time of writing this article, FIFA 21 is yet to come. When the FIFA 21 demo will be available, you will be play it on this page: https://www.ea.com/games/fifa/fifa-21/demo.

The file size of the free FIFA demo was 6.47 GB for FIFA 20. FIFA 21 is expected to be about the same size. So, prepare some free space on your hard drive before downloading FIFA free of charge.

The demo version of FIFA 21 is playable for 1-4 players. Here are some hardware requirements that your computer (or your gaming console) must have:

But you will not be able to earn FIFA 21 Coins and build a squad that way. The demo version of FIFA 21 is only for testing purposes unless you pay for the game and make it a legitimate copy.

In this Reddit discussion, there's a proposal for EA to make the game free to play (F2P). Some other games like Fortnite or LoL have done this and make their game free to play. But other users disagreed with this idea, saying that EA would lose its already existing fan base and it would lose their hundreds of millions of dollars of profit each year.

Some other user argues that EA has made FIFA Free for PC and Mobile, because they are on totally different worlds compared to PlayStation and Xbox. So, if you're eager to play FIFA 21 free of charge you can install it on your PC or mobile just to have a clue about how it looks like and how exciting it is.

In addition to the above methods, there are lots of groups in Facebook, Reddit and Twitter where you can get a free CD of FIFA 21 in exchange for another game. So, for example, you could give away your Call of Duty that you don't need and receive a free FIFA 21 in return from a guy who doesn't enjoy FIFA that much.